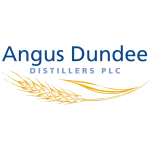 Angus Dundee Distillers is an independent, family owned company with over 60 years experience of distilling, bottling and exporting Scotch Whisky products and other spirits around the world.

Angus Dundee exports scotch to over 80 countries globally and is responsible for 5% of industry Scotch Whisky export.
Angus Dundee has two single malt distillers: Tomintoul which is situated in the prestigious Speyside Glenlivet region and Glencadam which is located in the Eastern Highlands of Scotland.

Glencadam Distillery is one of the oldest distilleries in Scotland, established in 1825.
It is the only remaining distillery in the ancient Kingdom of Angus, situated in the Eastern Highlands of Scotland.
The distillery was mothballed during both world wars with the warehouses used to barrack soldiers.
The distillery was closed in 2000 and lay idle until it was bought by Angus Dundee in 2003 – the 13Year Old celebrates this re-awakening of the distillery.
Since 1825 very little has changed at Glencadam, the same processes are used now that have been in place for over 200 years.

Tomintoul distillery is famous for producing a smooth, well balanced single malt – the gentle dram.
Set in the famous whisky making Speyside region, Tomintoul is a product of the pure water from the Ballantruan Spring and the fresh air of the Cairngorms National Park, an area of outstanding natural beauty.
The distillery is named after the village of Tomintoul, the highest village in the Highlands of Scotland.